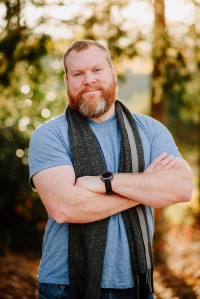 Pastor Matt was born in Franklin, TN and graduated from The University of Tennessee in Knoxville with a BA in Speech Communications and Organizational Development. After a stint in the corporate world as a recruiter and account manager for Aerotek, he began seminary at Lutheran Theological Southern Seminary in Columbia, SC in 2002. He has served in Knoxville, TN at Faith Lutheran Church (2006-2010) and Lutheran Church of the Redeemer in Atlanta (2010-2016). He also served Lutheran Campus Ministry of Atlanta as pastor and lead developer. Through Redeemer and LCM, he launched House of the Rock, an alternative worshiping community and The Passion Collective a gap year program in downtown Atlanta. Most recently, Pastor Matt launched Christ South in South Charlotte (2016-2021) and developed the sustainable church model called the Old Dairy Farm. As a consultant, business developer, recruiter and church advocate, he's been called on to work with congregations and organizations across the United States helping them grow in their reach, sustainability, and development. In the summer of 2022, Pastor Matt and his partners will be opening a distillery in Matthews. Pastor Matt and his wife, Pastor Melody have 3 sons and 2 daughters and live in the Matthews area. 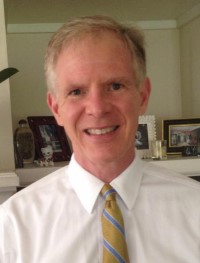 Larry Stratemeyer began his work at Cross & Crown as Director of Music Ministries in June of 2020, having formerly served St. Gabriel's Catholic Church and before that St. Patrick Cathedral, both in Charlotte. He is also an adjunct instructor at Lenoir-Rhyne University in Hickory. Larry grew up in the Lutheran church and during his career has directed church choirs, accompanied worship services, directed handbells and children's choirs, coordinated music programs for Vacation Bible School and worked with folk and contemporary choirs. He holds the Bachelor of Music degree from the Conservatory of Music/University of Missouri-Kansas City and the Master of Music in organ performance and literature, as well as the Doctor of Musical Arts, from the Eastman School of Music. He also studied at the le Conservatoire National de Région de Rueil-Malmaison in France. Larry brings to Cross & Crown exemplary skills at both the organ and the piano, an interest in the full range of musical expression within the church, and a commitment to faith and worship. Aside from his lifelong involvement in making music for the church, Larry enjoys working in the yard, taking walks, and going to art museums. 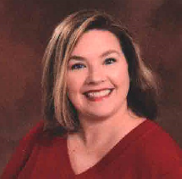 LeAnne Bates has been the Administrative Assistant at Cross & Crown for 16 years. An avid scrapbooker and baker, she also enjoys decorating her home for the season and holidays. She married her high school sweetheart of 30 years and is the proud mother to a young adult daughter, who after graduating from ECU is now employed and living on her own. LeAnne grew up in Miami, Florida, and has always loved the beach. Among her duties at Cross & Crown, she especially enjoys designing and producing our weekly newsletter and working with staff and church members. 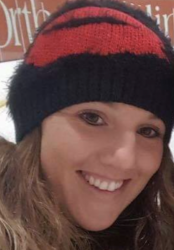 Jessica Pontes is a North Carolina native having been born in Mayberry. She happily acknowledges that her hometown is all about Andy Griffith. She now calls Matthews her home. Jessica is Mom to three amazing boys--Aiden, Bravin and Christopher--who she refers to as her ABCs. Before having her sons, she worked as a nanny and realizing her love for people became a CNA in 2007. Her goal is to complete nursing school in the next year.